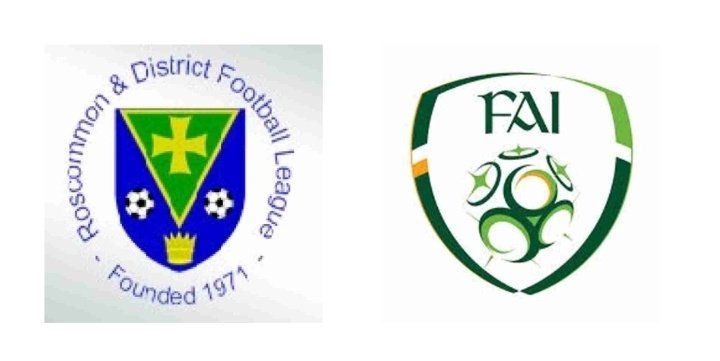 Roscommon and District League Round Up
In the first round of the Connacht Cup. Roscommon and District League side Cloonfad United knocked out the Galway League Championship leaders Craughwell United 3 – 2 after extra time at Cloonfad. Cian Garvin and Kevin Molly gave Craughwell a 2 – 0 half time lead. However Mathew Frayne and Robert Heneghan levelled the game before the end of normal time. Robert Frayne converted a penalty kick in extra time to secure a place for Cloonfad United in Round 2.

St Johns Athletic share the lead of the Roscommon and District League with Ballinasloe Town and Moore United following a thrilling 4 – 2 win over title holders Boyle Celtic at Lecarrow.
Michael Corrigan gave Boyle Celtic a very early lead but man of the match Cian Kelly had the sides level with twenty played. Caimin Boland scored for the home side ten minutes later but Michael Corrigan added his second for Boyle Celtic to level the game before half time. Cian Kelly struck twice after the break to give St Johns Athletic three valuable points.

After struggling for all of last season Castlerea Celtic look like they are back to their old form. They beat a Ballinasloe Town side who won their three previous games 2 – 1 at Castlerea. Ballinasloe Town started well and their young players were full of running and caused many problems for the home side. They took the lead before half time when a quickly taken free kick caught out the home defence and Josh Mc Carthy scored.
The home side were relieved to get in at half time only a goal down and were much better in the second half. With just six played in the second half the ball broke to Darren Clabby and he made no mistake. Fifteen minutes later Clabby headed a second and while Ballinasloe Town piled on the pressure for the remaining period Castlerea Celtic held out for a morale boosting victory.

Moore United are going well in the Premier Division and they beat Moylough 6 – 0 at Moore. Jack Nevin gave Moore United a 1 – 0 half time lead. Charles Nevin scored three more after the break with Kevin Kenny and Josh Lennon adding two more before the end.

In Division 1 Shiven Rovers made it three wins out of three played when they beat Dunmore Town 2 – 0 at Dunmore. It was a difficult win for the Newbridge side as they had to wait until five minutes before the end to open the scoring. Micheal Killilea broke the deadlock and Keith Murphy converted a penalty kick in injury time to seal the three points.

In the only game played in Division 2 Skyvalley Rovers and St Johns athletic drew 2 – 2 at Onagh Park Taughmaconnell. Mark Lennon and Lee Clogher scored for the home side with David Mc Donnell and Darren Carroll replying for the Lecarrow side

In the Roscommon and District League Women’s league Castlerea Celtic beat Colemanstown United 2 – 1 at Castlerea. Shelly Taylor and Holly Hopkins scored for the winners and Lucy Kenny kept the losers in the game until the last kick.