Roscommonand District League Round Up.
Boyle Celtic and Ballinasloe Town are through to the fourth round of the FAI Centenary cup and will now go into the national open draw.
Boyle Celtic faced the Sligo/ Leitrim Super league side Manorhamilton Rangers at Boyle and while Boyle did not have an easy passage they did scored an impressive 4 – 0 win. Michael Corrigan got his side off the mark when he scored from the penalty spot. His first attempt was stopped but he was in like a flash to pounce on the rebound. Fintan Cregg added a second before half time. The home side kept the visitors at bay in the second half and Shane Battles and Louis Garvin added two more for the winners before the end.

Cloonfad United travelled to the best side in the Sligo/Leitrim League and while the home side who hadn’t lost a game this year were the better side Cloonfad had a couple of chances to send the game to extra time.
Mark Mc Goldrick gave Carbury F C a 1 – 0 lead after fourteen minutes and they missed a number of chances to extend their lead before half time. Cloonfad United came more into the game in the second half and Luke Mc Dermott and Dylan Ruane came close to levelling the game. With almost the last kick of the game the home side added a second.

Ballinasloe Town received a walk over Ballaghaderreen with the away team having a covid issue. 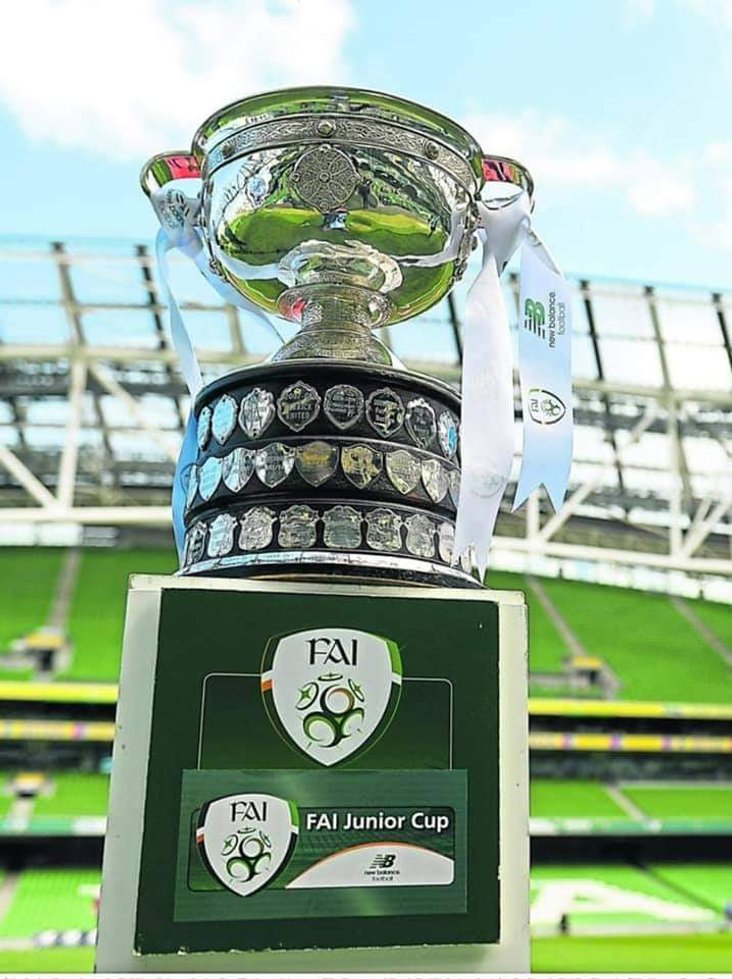 In the Premier Division of the Roscommon and District League Kilkerrin United go four points clear at the top of the Points table but both Boyle Celtic and Ballinasloe Town have two games less played.

Kilkerrin and St Johns Athletic were involved in a really exciting game at Kilkerrin and while St Johns felt they did enough to get something from the game it was to be the home side who won the three points. The only score came after sixty five minutes when Kieran Gannon headed a Brian Mc Dermott cross to the St Johns net.

Moylough 79 beat Castlerea Celtic 3 – 1 at Moylough to keep their title homes alive. Martin Foster s gave Castlerea Celtic a 1 – 0 early in the game but Adam Connolly scored two and Michael Kelly one to give Moylough a 3 -1 advantage at half time.

The race for the Division 1 Championship is really very close with Ballinasloe Town C P Ajax Skyvalley Rovers and Dysart just four of the teams in contention.

Second placed C P Ajax had an impressive 3 – 0 win over Shiven Rovers at Tarmon. The winners were the better side for most of the game and opened the scoring after six minutes following a dazzling solo effort by Damien Boyle. Liam Ryan headed a second after twenty two minutes and Damien Boyle scored his second with forty played.

Skyvalley Rovers had a 5 -0 win over a Dysart side who were missing a few of their regular players.
Playing at home Dysart started well but were caught out after only six minutes when Callum O Brien scored following good work by Conor Costello and Sean Ryan.
Skyvalley Rovers added a second when Sean Ryan’s free kick was headed back across goal by the hard working Mike Donoghue and Brian Croffy headed to the Dysart net.
Callum O Brien completed his hat trick after the break and David Grehan added a fifth near the end.

Dunmore Town and Roscommon Town shared the spoils in a 2 – 2 draw at Dunmore. Tom Forde and Declan Forde scored for the home side.

In Division 2 Rahara Rovers and Ballymoe F C drew 2 – 2 at Rahara in an evenly fought contest.
In form striker Shane Mc Cormack scored with a long range volley with forty three played. Just on the stroke of half time David Swift levelled the game. With ten minutes left to play James Connaughton powered a header to the Rahara net . A late strike from super sub Diarmuid Treacy ensured a share of the spoils for both teams.