Roscommon and District League Round Up.
Kilkerrin United are the new leaders of the Premier Division of the Roscommon and District League following an impressive 4 – 0 win over previous leaders Boyle Celtic at Boyle. Brian Miskell opened the scoring after nine minutes of play with a fine volley into the corner of the net. He added his second with twenty two played and this time Shane Walsh set him free with a neat through ball. Any hopes of a Boyle Celtic come back ended when headed a third with fifty seven played and with five minutes remaining Brian Miskell completed his hat trick.
Ballinasloe Town had an impressive 5 – 0 win over St Johns Athletic at Lecarrow. Aidan Dooney scored two and Liam Lynch, Josh Mc Carthy and Jordan O'Leary added one each.
The Ballaghaderreen v Moore United game was abandoned after seventy minutes with Moore leading 2 – 1 at the time.
In Division 1 Roscommon United and the Castleplunket side C P Ajax were involved in a thriller at Roscommon before C P Ajax sealed all three points with almost the last kick of the game. The sides were level at half time but within five minutes of the restart C P Ajax took the lead. Ryan Larkin climbed highest to score with a fine header following a corner kick. The C P Ajax keeper Killian Higgins pulled off a stunning save to deny Vando an equaliser following a good cross by Conor Devaney and made two more good saves to keep his side ahead. With fifteen minutes left to play the losers felt they should have been given a penalty kick but in the last minute of the game Paul Mee scored a second for a relieved C P Ajax side.
Ballinasloe Town continue to led this Division following their 4 – 2 win over Ballinagare / Manor United at Ballinagare. Lucas Matheus Soares Costa scored two and Danny O Brien and Warren Coyne one each for Ballinasloe Town. Gerry Ward scored both goals for Ballinagare Manor United.
In Division 2 Rahara Rovers were 4- 1 winners over Roscommon United at Rahara. Paul Flahery gave the home side a 1 – 0 lead after twenty five minutes of play and Kamil Podpryga levelled the game before half time with a well struck free kick. Shane Mc Cormack restored the Rahara lead early in the second half and Paul Flaherty added a third before Dylan Donnelly showed no resemblance to his father Luke when he volleyed in a fourth for Rahara Rovers.
Ballaghaderreen travelled to Cloonfad and came from behind to win 2 – 1. Darren Keadin scored for Cloonfad after fourteen minutes. Rhys Keenan levelled the game with sixty seven played and Christopher Dunne scored the winner with three minutes left to play.
In the Connacht Cup the Newbridge side Shiven Rovers travelled to the Galway League side Cois Fharraige but were not rewarded with a win. Playing with a very strong wind in the first half the home side took the lead with twenty five played. The Newbridge side levelled the game with fifteen minutes left to play thanks to a fine score by their keeper Shane Delaney but within a minute of the kick off The home side scored what turned out to be the winner.
In an all Roscommon and District league clash Cam Celtic beat Dunmore Town 1 – 0 at Cam to advance to the next round. Jack Ryan scored the only goal of the game. 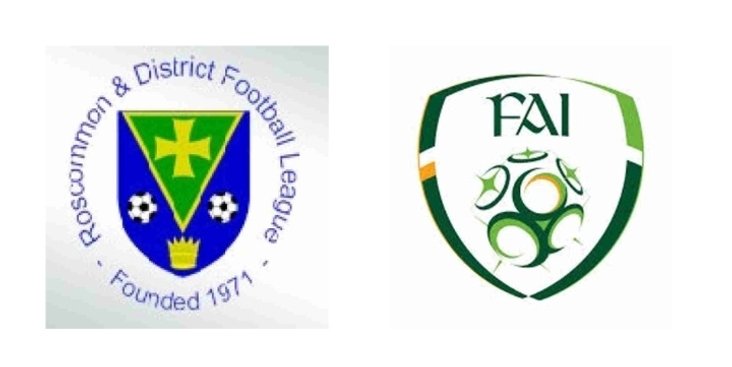