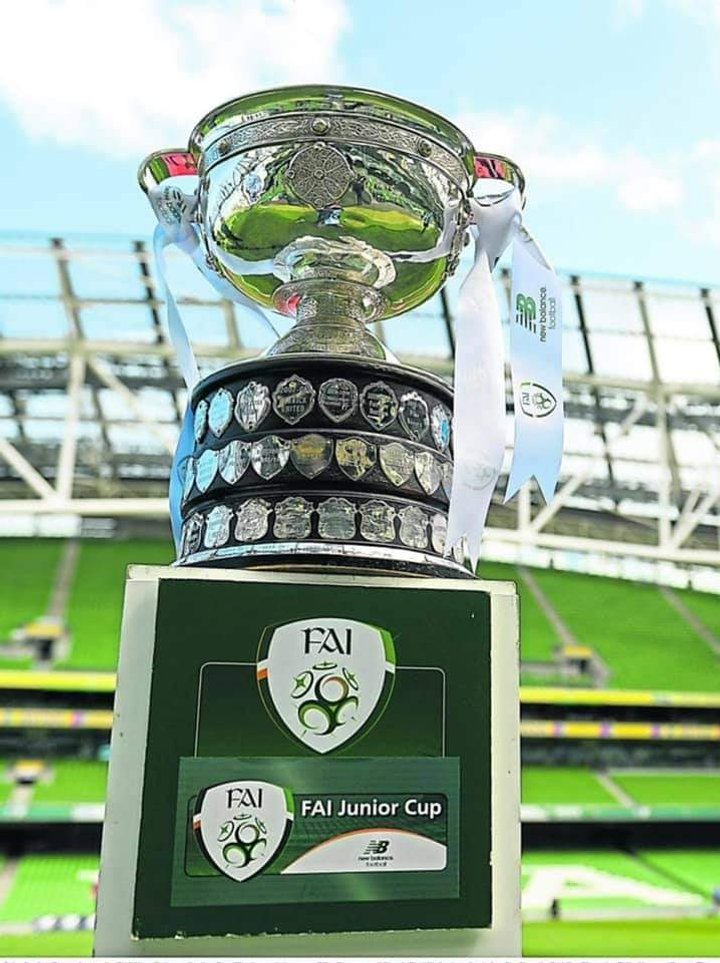 RDFL WEEKLY ROUND UP BY VINCENT BROOKS

Roscommon and District League Round Up
The fourth round of the FAI Centenary cup took centre stage on Sunday and both Boyle Celtic
and Ballinasloe Town pulled off spectacular results to advance to round five.
Boyle Celtic made the long journey to the Waterford League Division 1 side Portlaw Unoted and
came away with a fully deserved 2 - 0 win.They are now through to the last thirty two of this
national competition. Overall it was a splended performance from this Boyle Celtic side. Louis
Garvin gave them a half time lead and Shane Battles sealed the win when he added a second
in the second half.
Ballinasloe were up against one of the top sides in the Kerry League and needed all their
experience to overcome a very good Listowel Celtic side at the Curragh grounds Ballinasloe.
The home side started brightly and took the lead after 5 minutes when Darragh Concannon
headed home from close range after the Listowel keeper saved his penalty kick resulting from a
foul on Liam Lynch.
Shortly afterwards Ballinasloe went two up through a Liam Lynch header from Dara
Concannon's corner.
Listowel were reduced to 10 men following a second yellow card to there left back for a foul on
Jordan O Leary. Ballinasloe extended their lead before half time to 3 - 0 when Mark Duffy
finished a Jordan O Leary through ball.
Listowel pulled one back before half time through a penalty, and scored half way through the
second half to leave just the one goal in it. Man of the match Mike Lynch scored late on, but the
goal was ruled out.
Ballinasloe finished strongly to advance to the last 32.
In the only game played in Division 1 Skyvalley Rovers wete fully tested by Ballinagare / Manor
United at Taughmaconnell before eventually coming out on top on a 2 - 0 scoreline. Good work
by Shane Downey and Callum O Brien after thirty minutes of play created an opdnong for Sean
Ryan who gave the home side a 1- 0 lead. The game could have gone either way before David
Grehan took advantage of a poor clearance after ninety minutes to seal the three points for
Skyvalley Rovers
In Division 2 Rahara Rovers beat Moore United 2-0 at Moore.
With the aid of a strong breeze in the first half, Moore put a lot of pressure on a stalwart Rahara
defence but it was Rahara that went into the break 1 up after Séamus Lynch was taken down in
the box and Shane McCormack slotted home the resulting penalty. A surging run from midfield
from Paul flaherty on the hour mark helped set up a shooting chance and from 25 yards out he
hit the net to claim the 3 points for Rahara.
Skyvalley Rovers drew 1 - 1 with old rivals Cloonfad United at Onagh Park Taughmaconnell and
they hold on to top spot in this DivisionIn a game played in difficult conditions Cloonfad took the lead after fifteen minutes of play
through the ever reliable Cormack Costello. In the last minute of the game David Grehan won
and converted a penalty to salvaged a deserved point for the home side.
Ballaghaderreen beat Boyle Celtic 4 - 1 at Boyle and they are very much in contention in this
Division. Christopher Dunne got his hattrick and Cian Mc Cann added another for the
winners.Conor Deery replied for Boyle Celtic.
Dunmore Town beat Roscommon United in their Division 2 game at Dunmore.Chris Mc Tigue
scored for the home side with a well struck free kick after twelve minutes of play and volleyed a
second four minutes later.Within ten minutes Michael Gerard Davis added a third with the
visitors pulling a goal back through Patryk Pietrzak before half time.Thomas Kilgarriff got on the
end of an Aaron O Connell cross to make it 4 - 1 with Adam Bracken adding a second for the
Roscommon side with seven minutes left to play.
In a one sided affair Cam Celtic beat a very weakened St Cuans/Ahascragh United 9 - 0 at
Cam.The winners were ahead 3 nil at half time and ran out comfortsble winners.Garth Mulligan
scored three with David Cunniffe and Robbie Fallon adding two each and Keith Dolan
andGavin Byrne getting ond each.
Ballymoe beat St Johns Athletic 8 - 3 at Ballymoe in a rather unusual game.St Johns conceeded
two own goals in the first twenty minutes and Paul Flannagan added two more for the
winners.Daniel Malone added two more and Adrian Collins one before Paul Flannagan
completed his hat trick.Jamie Kiernan converted a penalty kick for the losers and Danny O Brien
added two more for a St Johns side who nearly slept through the first half.