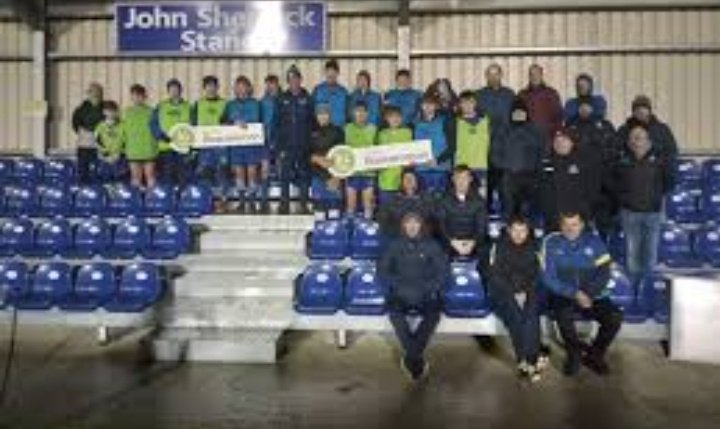 Last weekend the Joes Bar sponsored Challenge Cup took centre stage and there were games played in the first round of the Connacht Shield.

Moore United advanced to th Qiarter- Finals of the Challenge Cup when they beat Cloonfad Ubited 4 - 1 at Cloonfad. Charles nevin scored all four goals for the winners and Conor Flynn replied for Cloonfad United.

Boyle Celtic are also through to the last eight after a comfortable 8 - 1 win over Division 2 side Cam Celtic. Robbie Fallon gave Cam Celtic an early lead when he lobbed the keeper from near the half way line. Michael Corrigan levelled the game shortly afterwards snd Shane Battles added tgree more and Louis Garvin Finbar Cregg David Flannagan and Conor Deery added one each.

In an all Premier Division game at Cloonfad Moore United beat the home side 4 - 1. Charles Nevin scored all four goals for ghe winners with Conor Flynn replying for the losers.

In round 2 Shiven Rovers overcame a good Dunmore town side in a game that went to a penalty shoot out. Cathal Dinan gave Shiven Rovers a half time lead and Tom Byrne levelled the game in the second half.

In the first round of the Shield Ballaghaderreen beat Cloonfad United 5 - 0 at Cloonfad. Christopher Dunne scored four and John Higgins one for the winners.

Boyle Celtic Second side beat Moore United second side 1- 0 At Moore. Daniel Hughes scored the only goal of the game.

The remaining games were postponed.