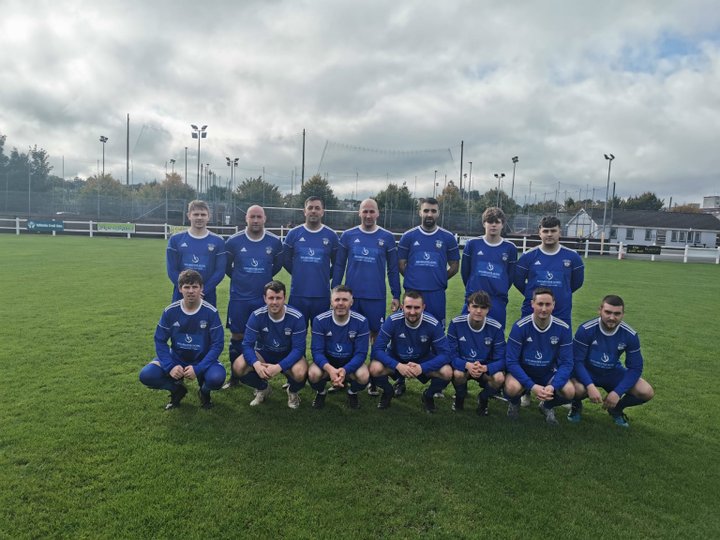 Premier side Cloonfad United travelled to the Sligo side Glen View Stars and came away with a 4-2 win. Shane Fagan gave Cloonfad a 1 -0 lead after nine minutes with the home side replying ten minutes later. Shane Fagan scored his second with fifty one played and Darragh Flynn and Mathew Frayne added two more before the Sligo side scored their second near the end of the game. Cloonfad will play the top side in Sligo namely Cardbury FC in Sligo in the next round on the 7th November.

Ballaghaderreen were involved in a thriller away to the Sligo side Collaney United but they kept their heads and came away with 5 – 3 penalty shoot out win after the game finished level 3 – 3 at the end of normal time and 4 – 4 at the end of extra time. Cormack Rushe opened the scoring for the winners and Bruce Holton restored the Ballaghaderren lead after the home side scored. Colanney levelled the game once more and then took the lead before Cormack Rushe scored an absolute stunner to send the game into extra time. After Collaney took the lead Patrick Callaghan sent the game to a penalty shoot out when he scored. Ballaghaderreen won 5 – 3 in the penalty shoot out and will now play Ballinasloe Town at ballinasloe on the 7th November.

In the only game played in the Premier Division of the Roscommon and District League Castlerea Celtic had their first win of the season at Castlerea. It didnt look good for the home side when they were 2 – 0 down but Jack Higgins scored two in the second half and Frank Hestor scored the winner near the end .Charles Nevin and Mark Gannon scored for the losers.

In Division 1 Ballinasloe Town's unbeaten run came to an end when they were beaten 4 – 1 by Skyvalley Rovers at Onagh Park taughmaconnell. The home side were the better side for most of the game and took the lead after only two minutes played. Sean Ryan was fouled and his free kick was headed to the net by Callum O Brien. With the home defence of Niall Mc Donnell Keelan Galvin Jack Moore Mike Donoghue and Martin Lennon in fine form the visitors rarely threatned . Five minutes before half time the home side increased their lead. Brian Croffey was fouled and Calum O Brien added his second following a well struck Martin Lennon free kick.
O Brien completed his hat trick with sixty nine played and while Danny O Brien pulled a goal back with a super strike after seventy four it came too late for the vsitors. Brian Croffey sealed the three points when he headed a fourth for the winners with five minutes of normal time remaining.

In Division 2 Rahara Rovers and St Johns Athletic drew 2 – 2 at Rahara in a local derby game. The home side were 2 – 0 up thanks to Paul Flaferty and Liam Naughton. Jamie Tiernan pulled one back for the lecarrow side when he converted a penalty kick just before half time. Jamie levelled the game in the second half but missed a penalty kick near the end.

Ballymoe FC beat Boyle Celtic 7 – 1 in their Division 2 game at Ballymoe David Swift gave the home side a 1 – 0 lead after twenty minutes and Dan Malone added a second seven minutes later. . The Boyle side pulled one back after thirty five but from then on it was all Ballymoe. Paul Flannagan Jason Tarmey and two more from Dan Malone and an Own Goal gave ballymoe a very comfortable win.

Roscommon United beat Moore United 7 – 2 at Roscommon. Jamie Bracken scored fine and Adam Bracken and Patryk Pietrzak one each for the winners.