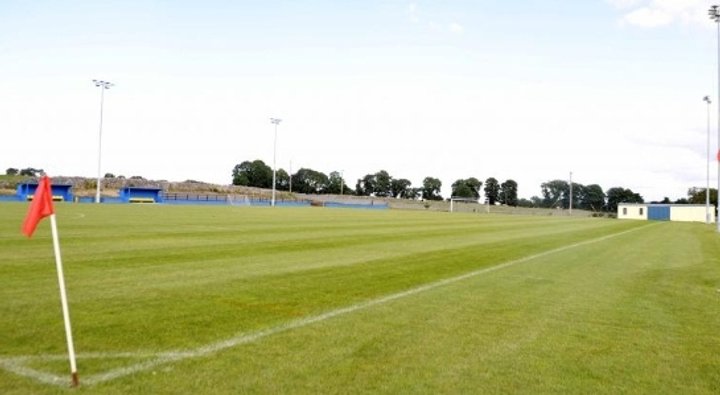 Roscommon and District League Round Up
Ballinasloe Town travelled to Castlebar where the played in the Connacht Cup Semi Finals. The game got as far as half time before the officials abandoned it as a result of a continuous downpour on an already heavy pitch. Castlebar were leading 2 – 0 at the time but it now looks like the game will be replayed next weekend.
Division 1 side Shiven Rovers were more than a little disappointed to be beaten 1 – 0 by the Galway League Division 1 side Knocknacarra F C in the Connacht Shield at Newbridge. The home side were unlucky not to be awarded a penalty kick in the second half for a hand ball incident and conceded a goal with eighteen minutes left to play.

Castlerea Celtic have a reasonable chance of avoiding relegation following a 3 – 1 win over mid table Moore United at Moore. The home side started well but found themselves a goal down after six minutes of play. Ronan Curran headed a Padraig Joyce corner kick to the Moore net. Jack Higgins added a second for the winners with a well struck free kick after thirty seven minutes of play. Paul Kelly pulled a goal back for the home side just before half time following good work by Shane Petit.
Four minutes after the restart Castlerea Celtic sealed the three points when Aaron Mc Dermott scored with a stunning volley.

In Division 1 Dunmore Town eased their relegation worries with a 2 – 1 win over third placed C P Ajax at Dunmore. The Castleplunket side went into the lead after fifteen minutes when Thomas Callaghan got on the end of a well taken free kick. Dunmore replied four minutes later. Declan Forde finished off a fine move involving Tom Forde and Gavin Mullarkey. With twenty seven played a along delivery from the Dunmore Keeper Shane Geoghegan reached Ethan Coen on the edge of the penalty area and he lobbed the ball over the C P Ajax keeper.
Both teams created chances in the second half but Dunmore held out to take all three points.

Roscommon United had an impressive 2 – 0 win over Dysart at Dysart and they have a good chance of avoiding relegation at the end of the season. The winners were the better side for most of the game and made the breakthrough when Vando Silva scored with fifty eight played. Paul Mc Hugh who earlier set up Vando Silva did the same again near the end of the game with Jamie Bracken securing all three points.

Ballymoe FC had a comfortable 4 – 1 win over Boyle Celtic in the Division 2 Shield and they now go top of the points table. Dermott Beggan gave the home side an early lead. David Swift scored for the Ballymoe side to level the game and an own goal gave them a 2- 1 advantage. Daniel Malone and David Swift added two more for Ballymoe in the second half.

St Cuans /Ahascragh United reached the Semi- Finals of the DK Shield when the beat Boyle Celtic’s second side at Ahascragh. Paul Regan in the first half and Colin Concannon in the second gave St Cuans / Ahascragh United a 2 – 0 win.

The remaining games are being played today ...Monday,