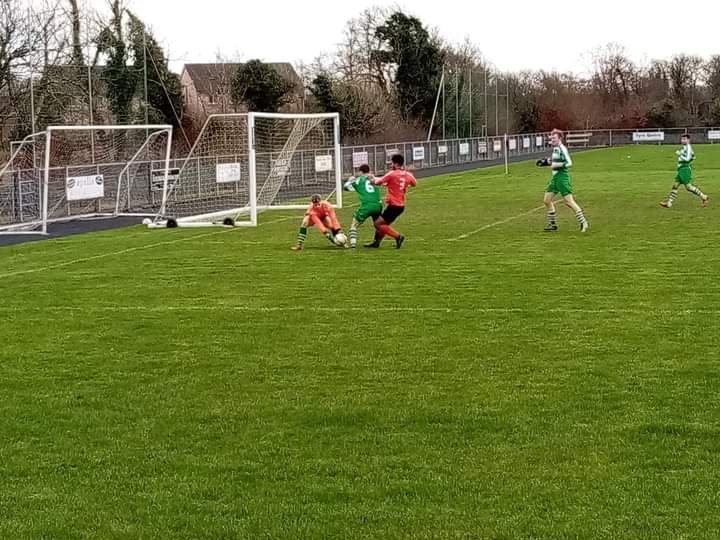 RDFL ROUND UP AND UPCOMING MATCHES PREVIEWS BY VINCENT BROOKS

Roscommon and District League Round up
Following a break due to Covid the Roscommon and District League is making a gradual return to football. The first game of the New Year was played at Ballaghaderreen and featured a back game between Ballaghaderreen F C and Castlerea Celtic
After a rather close and exciting game Castlerea Celtic under new Managers Giles Mc Donagh and Jamie Flannery came out on top on a 3 – 2 score line.
Castlerea Celtic started on the front foot but it was Ballaghaderreen who went in front after seventeen minutes thanks to a great strike from Bruce Holton. Eight minutes later Castlerea Celtic were level. An excellent corner kick by Enda Foster evaded the home Keeper and finished in the net.
Ronan Curran gave Castlerea Celtic a 2-1 lead with fifty five played. While the home side had to replace their Goal Keeper due to an injury they continued to push forward looking for an equaliser. With fifteen minutes remaining Usama Isar controlled the ball in the Castlerea Celtic penalty area an volleyed to the net. In the closing stages both teams went all out to take all three points but it was Ronan Curran who scored what turned out to be the winner for Castlerea Celtic with five minutes of normal time remaining.

Next weekend will see the Roscommon and District League returning to a full programme of matches with games in the Connacht Cup, Connacht Shield and also games in the Norio’s Premier Division and Division 2 of the League.

In the Connacht Cup Ballinasloe Town and Boyle Celtic have home games against Fahy Rovers from near Westport and the Galway side St Bernard’s respectively. Both the Roscommon League Premier sides will need to be at their best to advance to the next round.
Premier side Kilkerrin United face a tricky game away to the Tuam side Dynamo Blues while Ballymoe travel to a good Ballina Town side.

In the T P Brennan Connacht Shield Division 1 side Dunmore Town play the Mayo side Partry Athletic at Dunmore, A good Dunmore side are expected to advance to the next round. Division 1 side Shiven Rovers play the Sligo side Ballygawley Celtic at Newbridge. It will be a big test for the home side but they have a chance of advancing to the next round.
All the games on the Connacht Cup and Shield kick off at 2.00 PM on Sunday

In the Norios Premier Division Ballaghaderreen and Moore United play at the League grounds Lecarrow at 8.00 PM on Saturday evening. This game didn’t finish when played before Christmas and all the indications are that it will be a very close game.