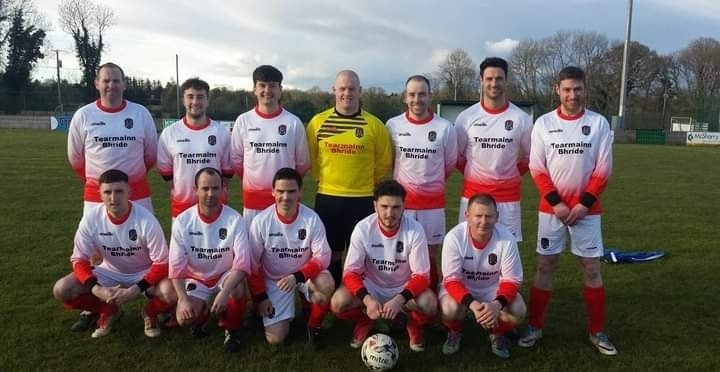 In the Premier Division Cloonfad United scored a very late equaliser in their home game against St Johns Athletic. Tiernan Murphy gave the home side a 1 - 0 lead after twenty three minutes. Tom Appleby levelled the game with thirty two played and Jack O Beirne made it 2 - 1 for the Lecarrow side with sixty five played. Dean Lyons scored for Cloonfad United in the last minute to level the game.

Ballymoe F C picked up three valuable points from their away game against Moylough 79. Adrian Collins and James Connaughton gave Ballymoe a 2 - 0 half time lead. Within a few minutes of the restart Dermott Hughes and Pierce Townsend scored for Moylough but Daniel Malone struck a winner for Ballymoe with sixty played.

In Division 1 Skyvalley Rovers were held to a 2 – 2 draw at home to Shiven Rovers. The visitors were 1 - 0 up at half time thanks to the ever reliable Keigh Murphy and held onto the lead until the last five minutes. Conal Moore levelled the game and Callum O Brien won and converted a penalty kick to give Skyvalley Rovers a 2 - 1 lead with just a minute of normal time remaining. However the Newbridge side never gave up and Michael Doyle levelled the game two minutes into time added on at the end of the game.

Leaders Ballinasloe Town were held to a scoreless draw at home to the Glenamaddy side Glen Celtic.

Cam Celtic go top of the Division 2 points table following a hard earned 1 – 0 win over neighbours Skyvalley Rovers at a wind-swept Cam. The only goal of the game came after ten minutes when Gavin Byrne got on the end of a Ben Moran cross and gave the visitors keeper no chance. The Skyvalley keeper Sean Breen saved a Gareth Mulligan penalty kick in the second half while at the other end Garry Reynolds made a number of good saves to keep his side in front.