Roscommon and District League Round up
Boyle Celtic moved a step closer to winning the Premier Division of the Roscommon and District League after a comprehensive 7 – 0 win over Moylough 79 at Moylough. Should they win their remaining two games against Ballymoe F C and St Johns Athletic they will be crowned champions. Their fears of an upset away to Moylough proved unfounded and they were 4 – 0 up at half time. Shane Battles and Mike Corrigan scored two each and Brian Mc Crann Darren Foley and Conor Deerey added one each.

Dysart secured their place in the Division 1 next season with a 2 – 1 win away to Glen Celtic.
Despite having the better chances early in the game it was the Glenamaddy side who took the lead on thirty minutes through their leading goal scorer Ryan Mc Hug.
Ten minutes later Cathal Mears created an opening for Darragh Sheehy who made no mistake. James Corbett and Darragh Sheehy came close to scoring for Dysart early in the second half but with ten minutes remaining Darragh Mc Carthy won a free kick and Niall Corbett scored the winner for Dysart with a super strike. 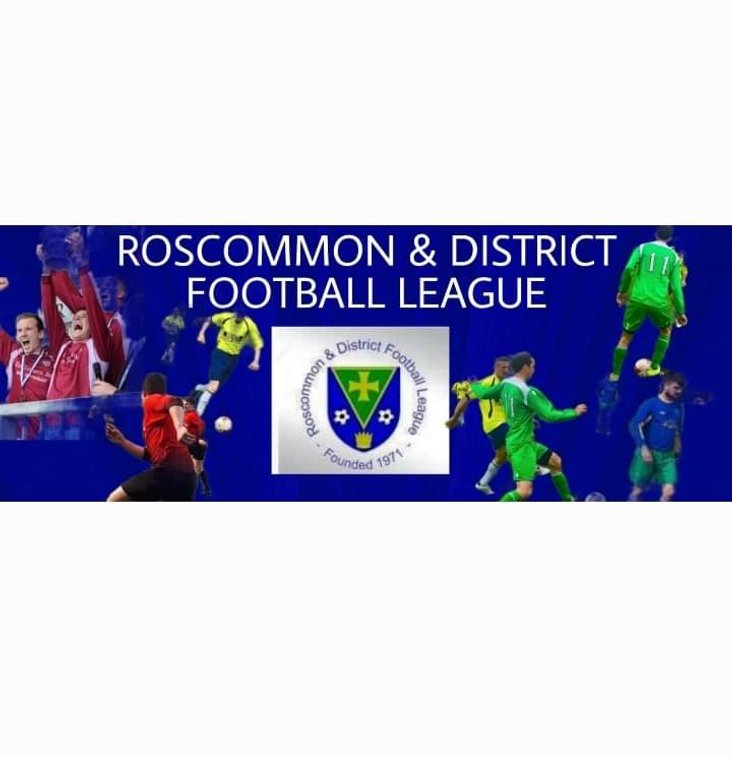 Shiven Rovers are through to the second round of the Division 1 Cup and are at home to Skyvalley Rovers in the next round. Three first half goals was enough to end Roscommon United hopes at Roscommon. Tom Doyle Keith Murphy and Franco Miras Lopez gave the Newbridge side a comfortable win.

In the first round of the Division 2 Cup Dunmore Town beat a very young Moore United side 6 – 0 at Moore. Thomas Gleeson scored two and Dara Ryan William Devlin Thomas Kilgarriffe and Chris Mc Tigue scored one each for the Dunmore side who will play Roscommon United in the next round.

Skyvalley Rovers were made to battle all the way before overcoming St Cuans Ahascragh United at Onagh Park Taughmaconnell. Pat Mongan gave the visitors a 1- 0 lead after thirty minutes. The home side levelled the game twelve minutes into the second half. A Darragh Moore Corner kick was headed on by Kenneth Kenny and John Shaughnessy was in the right place to finish to the visitors let. Kenneth Kenny scored the winner with a well taken free kick ten minutes from the end of the game.
Ballymoe and Boyle Celtic conceded their games to Cam Celtic and Rahara Rovers respectively

The members of the Roscommon and District League wish to extend their sincere sympathy to the family of the Late Sean Caulfield. The quiet spoken Sean play for Ballinasloe Town before taking up Refereeing and was a very well liked and competent official. May Sean Rest In Peace