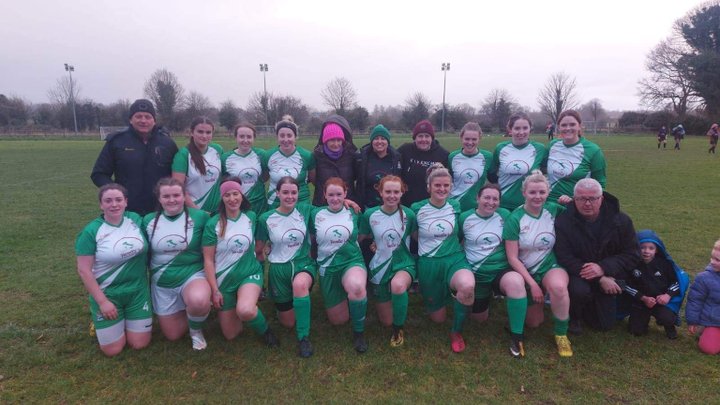 Roscommon and District League Round Up
Moore United share the lead of the Premier Division of the Roscommon and District League following an impressive 4 – 0 win over Kilkerrin United at Kilkerrin. It was always going to be a tricky game for Moore United but with Charles Nevin in top form they secured the three points. Adam Mc Manus created an opening for Charles Nevin to score an early goal and he added a second before half time following good work from Josh Lennon. Charles Nevin brought his league tally to seventeen when he added two more after the break.

Ballinasloe Town and St Johns Athletic played in Lecarrow in a game that was vital for both teams should they hope to catch the leaders, While Ballinasloe Town were the better side in the first half they were behind after only two minutes when Chris Hurley scored for the home side. Within two minutes Niall Stack had the sides level and six minutes later Nemanja Saspovich added a second for the Town side. Early in the second half Nemanja Saspovich made it 3 – 1 for the winners and despite a spirited fight back by St Johns Ballinasloe Town held on to take all three points and are now in fourth place four pints behind the leaders.

In Division 1 Cloonfad United picked up three points from their home against Dunmore Town and are now in second place and five points behind the leaders Shiven Rovers.
With nine played Dunmore concede ed an own goal and five minutes later Darren Keadin added a a second with a super lob over the Dunmore Keeper. Substitute Robert Heneghan made it 3 – 0 with his first touch and with nine minutes remaining Conor Flynn volleyed his ninth League goal of the season to give Cloonfad a comfortable 4 – 0 win 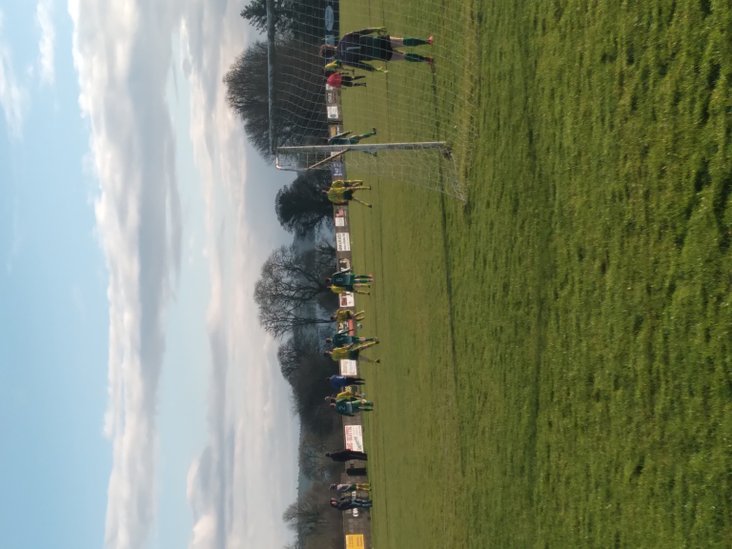 In the only game played in Division 2 Rahara Rovers edge a point clear at the top of the table when they drew 1 – 1 in a local game with St Johns Athletic at Rahara. St Johns looked like winning all three points when Jordan Kennedy scored with three minutes of added time played but Paul Flaherty snatched a deserved equaliser with almost the last kick of the game.

In the Women’s League Cam Celtic pulled off a good 4 = 3 win away to Ballaghaderreen. This was a real thriller with the result in doubt until the final whistle. The home side were first to score through Rebecca Finnan after ten minutes of play. Allanagh Mc Greal added a second for Ballaghaderreen with thirty played. Cam were much better after the break and Rebecca Collins pulled an early goal back . Sarah O Rourke scored two for Cam before Tara Phillips scored again for the home side. Grace Hannon scored the winner for Cam Celtic in a really tight and sporting game.

Boyle Celtic are in second place in the league, five points behind the leaders with a game less played. They travelled to Ballinasloe and came away with a 3 – 0 win.
Angela Brett Sheridan Takahara and Katie Hannon scored their goals.

Castlerea Celtic are just a point further back but have two more games played. They beat St Cuans / Ahascragh United 5 – 0 at Ahascragh. The visitors were 3 – 0 ahead at the break and added two more in the second half. Rachel Gormley got her hat trick one of which was really spectacular and Shelly Taylor and Clodagh Diggins added the other two.

An improving Shiven Rovers had a hard earned 2 – 0 win over Colemanstown at Newbridge. Laura Farrell opened the scoring for Shiven Rovers after fourteen minutes despite the best efforts of the Colemanstown keeper Ashley Roberts. Two minutes later Leah Heavey worked her way down the left wing before volleying to the Colemanstown net. Both defences were on top for the remainder of the game.

In the Reserve League Moore United made it two wins out of two. Earlier in the week they beat Shiven Rovers 2 – 1 at Moore and then travelled to Cloonfad United and won 3 – 0.
Against Shiven Rovers Emmett Kenny scored after six minutes. Silvestre Zwierzkic replied for Shiven Rovers before half time. In a really close game Andy Hussey scored the winner for Moore in the second half.
Andy Hussey headed a Shane Kenny cross after twenty minutes of play away to Cloonfad United. Paul Whelan added a second before half time following good work by Luke Dolan.
Andy Hussey scored their third following good work by Shane Kenny and Luke Dolan.

In an eight goal thriller at Newbridge Shiven Rovers snatched a late equaliser against Ballinagare Manor United. Joe Horan scored two and Silvestre Zwierzkic and Eoin Browne added one each for Shiven Rovers with Christy Dineen converting a penalty before Patrick O Connor got a hat trick for Ballinagare /Manor United.