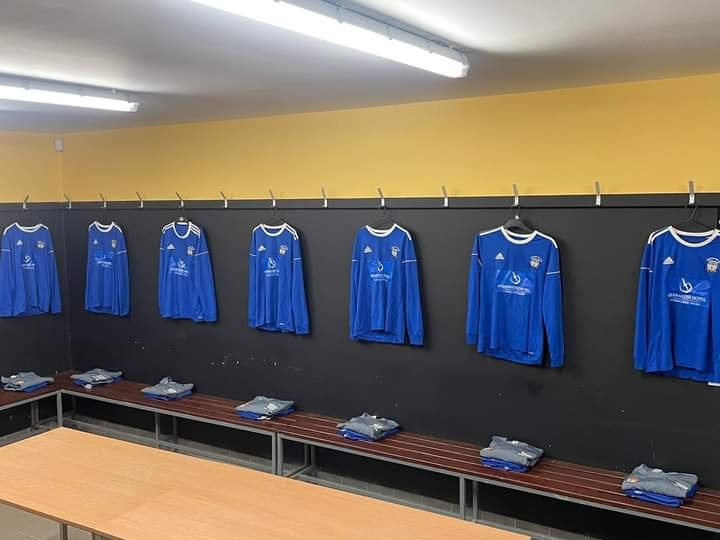 Roscommon and District League Round Up
Roscommon and District League side Ballinasloe Town just failed to win the T P Brennan Connacht Cup for the fifth time when beaten 2 – 1 after extra time by a fancied Salthill Devon side at the Eamon Deacy Park Galway.
Salthill Devon wereclear favourites going into this game but Ballinasloe Town had other ideas. With just eleven minutes played a Garry Egan corner kick was headed across goal by Des Hope and Niall Stack volleyed Ballinasloe Town ahead. For the remainder of the half Ballinasloe looked very comfortable and Salthill rarely tested their keeper Aidan Fallon. However the half proved costly for Ballinasloe as they lost their centre back and Captain Des Hope and centre forward Liam Lynch through injury.
Salthill Devon eventually levelled the game with Shane O Rourke volleying to the net with seventy four played. Salthill Devon took the lead in the first period of extra time through Tommy Mc Keown and while Jordan O Leary forced a brilliant save from the Salthill keeper in the second period the Salthill side held on to win.
The Ballinasloe Town player Jordan Carr was voted man of the match

Shiven Rovers advanced to this seasons Challenge Cup Final following a deserved 2 – 1 win over Premier Division side Moore United at the League Grounds Lecarrow.
Shiven Rovers, who play in the Division1, didn’t start well and only a good save by their keeper Shane Delaney after nine minutes prevented Shane Dunning from giving Moore United the lead.
Moore United took a deserved lead after 18 minutes when Mark Gannon was fouled and Andy Nevin converted the resultant penalty kick. A much improved Shiven Rovers were level with twenty three played.
Good work on the left wing by Captain Keith Murphy and Adam Farrell resulted in a good cross into the Moore penalty area where man of the match Shane Harkin headed to the Moore net.
Shiven Rovers were the better side for the remainder of the game and only a couple of good saves by the Moore United keeper Paddy Reilly kept his side in the game.
Shiven Rovers finally took the lead after seventy-five minutes when a long delivery by Shane Delaney reached Matthew Barrett and he volleyed to the corner of the net past a helpless Reilly.
Shiven Rovers will play League Champions Boyle Celtic in the final on the 12th June at Lecarrow.

Congratulations are extended to the Skyvalley Rovers second side who won the Division 2 Cup Final at Lecarrow. This was a really close game that could have been won by either side.
The winners had a good defence with Coleman Lennon, Keith Clogher, Shane Downey and goal keeper Jamie Donoghue in fine form. Shane Naughton was outstanding in mid field but overall it was a good team performance.
Darragh Moore broke the deadlock with thirty five minutes played when he headed a Coleman Lennon cross to the Cam Celtic net. With twenty minutes remaining John Shaughnessy beat two defenders before scoring a fine goal from a tight angle.

Ballinagare Manor United are through to the D K Shield final after a comfortable 4 – 0 win over Division 2 side St Cuans Ahascragh United at Ballinagare. Tom Ward gave the Division 1 side a 1 – 0 lead after nineteen minutes and he added a second sixteen minutes later. Alan Keane finished off a fine passing move with fifty five played and Aaron Dowd added a fourth with ten minutes left to play.
They play either Dunmore of Ballaghaderreen B in the final.